Written by
Mistoria
Posted in
News
Comments
Leave a comment 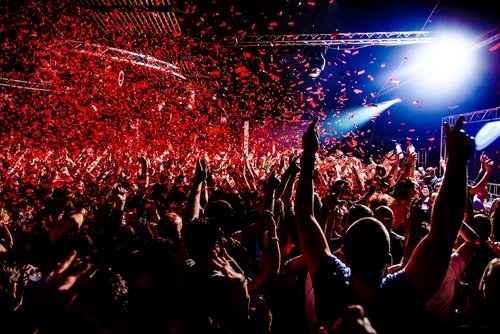 Manchester has one of the largest student populations across the UK, and it stands to reason that the night life is big enough to match, having arguably the best party scene in England. Whether you are prefer to chill out with drinks at a bar or dance the night away in one of Manchester’s various clubs, there is something for every Salford University student to enjoy. Take a break from studying and make the most of it, as we explore some of the best nights out in Manchester.

Northern Quarter is one of the trendiest areas, the Northern Quarter lies right next to Piccadilly Gardens. This area can be expensive, but there are several bars in a student price range. Most will charge for entry, but it is often cheaper on Saturday and the clubs are open until very late, usually up to 4am. The Mint Lounge hosts both music and karaoke, so it’s perfect if singing is your thing. If you’re looking for more of a party, the Soup Kitchen is reputed to be one of the best clubs in Manchester.

Many Salford students eventually end up at Fifth Avenue. With cheap drinks and loud music, this is one of the busiest venues in the city. A favourite for Manchester students, especially those who love the indie rock scene. If you arrive before midnight, it’s only £2 entry fee, so be sure to get in early! A popular club all over Britain, Tiger Tiger is the place to go for a lavish and special night out. It can be more expensive, but less students go here if you want to try something different for the weekend. During the week, they offer student nights with a reduced price, so be on the lookout for special offers.

For a more expensive yet truly special night out, why not join the Warehouse Project? They organise a series of club nights out, and only run for part of the year – so be sure to do a bit of research before turning up. It’s not cheap, but the live entertainment and professional DJs make this a great opportunity for a party. A more sophisticated club that attracts older customers as well as the usual Manchester students is South Nightclub in the City Centre; this is a hidden gem in the party scene and regular hot spot for The Warehouse Project after party. Offering several indie club nights, it now advertises especially for students during week nights, including several drink offers during this time. If you are more interested in dancing, Sankeys is the venue for you and your student friends, and is popular among those of Salford University. Bringing in professional DJs from all around the world, this place can be hard to get in so be sure to make a booking beforehand. This is one of the more expensive clubs, but is definitely worth the price.