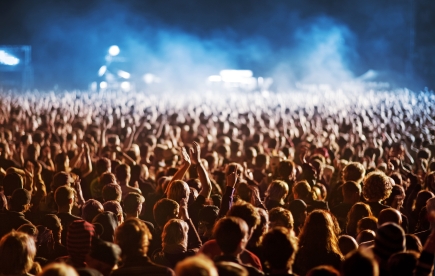 Top 10 Upcoming Festivals and Events in the UK for Students

Parklife is set to take place on 11th and 12th of June at the Heaton Park in Manchester, where it celebrates its 17th birthday. It is strictly for persons over seventeen year of age. Seventeen year olds, however, are not permitted in without a responsible guardian. A guardian can only take responsibility for a maximum of 4 seventeen year olds. Headliners include The Chemical Brothers, Busta Rhymes, Ice Cube, Jess Glynne, and Will Tramp amongst others.
https://parklife.uk.com/

This event has been taking place since 1996. The 20 year old festival is scheduled to take place in Chelmsford on 20th and 21st August 2016. The lead artists will be Justin Bieber and Rihanna. Other great artists like Rita Ora, David Guetta and Sia, will also be present.
http://www.vfestival.com/

Set to take place at Worthy Farm in Glastonbury from 22nd -26th June 2016. The main performance will be by Coldplay, Muse and Adele. Muse will headline on Friday night and Coldplay on Sunday, both on the Pyramid Stage. The Syrian National Orchestra will also be performing during the event.
http://www.glastonburyfestivals.co.uk/

The secret garden party will take place at Abbots Ripton, in England from the 21st – 24th July 2016. The headline act will be performed by TBC. Other exhilarating activities like mud wrestling, a paint fighting and dance offs are also set to take place.
www.secretgardenparty.com/

Set to take place in Reading and Leeds from the 26th – 28th of August 2016. The main players will be Red Hot Chilli Peppers and The Courteeners. Also playing are Twenty One Pilots, Eagles of Death Metal, Slaves and many more.
http://www.readingfestival.com/line-up

Bath International Music Festival is set to take place from the 20th to the 29th of May 2016. It is a mix of concerts and a range of free events. The festival has an exciting line up of music mixing, a good classical program with contemporary jazz and folk.
https://bathfestivals.org.uk/

This is the biggest walking festival in the world, scheduled to take place from 9th to 24th of May 2016. The festival runs a program of over 300 walks.
http://www.isleofwightwalkingfestival.co.uk/

UPFEST is Europe’s biggest free street art and graffiti art festival. It is set to take place from 23rd to 25th of July. Venues are throughout Southville and Bedminster with 30,000 square feet of artwork over the weekend.
http://www.upfest.co.uk/page/upfest-festival

This is Europe’s biggest street festival, representing London’s multicultural traditions. Carnival takes place on Sunday the 28th of august until Monday the 29th of August 2016. The celebrations take over the streets of W10, West London.
http://www.thenottinghillcarnival.com/

This festival runs from 21st to 31 of May in the Brecon Beacons National Park. The Hay Festival brings together comedians, musicians and writers, in a talks’, readings’ and discussions’ program. There will be discussions and debates will be on ecological issues accompanied with stories by Chris Blackwell and the legendary Rick Wakeman.
https://www.hayfestival.com/wales/index.aspx?skinid=2¤cysetting=GBP&localesetting=en-GB&resetfilters=true