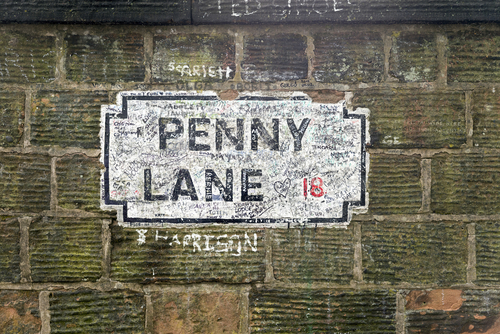 Liverpool offers a great deal in terms of accommodation to the incoming waves of Freshers each academic year. Liverpool is a trendy, vibrant city with as much to do in the daytime as there is to do at night- and the city boasts a refreshingly down to earth attitude, too. With 5 universities, 50,000 students, and the afterglow from its 2008 European City of Culture status, Liverpool is newly revived and there are plenty of great places to live- even if you’re not a millionaire. In recent years, more and more students have opted for smaller flats (with just one or two bedrooms) right in the city centre so that they can be at the heart of it all. This option has proved particularly popular with international students. However, if it’s the traditional student experience you’re after, first years are well advised to check out the Smithdown Road area. Filled with inexpensive house shares, Smithdown is the classic student area. Well connected to the city centre with a bus route, there’s also an Aldi, an ASDA, The Brookhouse (a popular student club), and Friends, a legendary kebab house.

Student Accommodation Liverpool offers a wide range of housing to suit a range of budgets and lifestyles: after all, with so many student renters in the city, it’s no surprise that there should be a lot of options. Dingle is a popular area with the student population thanks to its low rents and close proximity to town (just 15 minutes’ walk). Childwall is a favourite area among those who attend Liverpool University, Hope, or John Moores University thanks to its short distance from their campuses, but housing here can be a little more expensive- but undeniably worth the extra for the great location. Old Swan and Allerton are also extremely popular as these two areas each have their own buzz and personality: each has its own pubs and shops, while Allerton has an Odeon cinema and shared housing is especially affordable.

Preston has, as you might expect, a very urban feel in the city centre, but there’s plenty of good news: living in Preston (for anyone, not just a hard-up student!) is much cheaper than living in many other parts of the UK, and the leafy suburbs and gentle rolling countryside really aren’t too far away. Student accommodation Preston mainly caters for the University of Central Lancashire, but if you prefer to be out of the city centre then you could try living in more upmarket areas such as Ulwood, Penwortham, or the Riversway Docklands. The student population have voted on Fishergate as being the top area to live in in Preston, but Ribble, Adelphi, Garstang, and the city centre also rank very highly. Preston is an easy commute to bigger cities such as Liverpool and Manchester, but the city centre also has good shopping, leisure, and nightlife options for the large student demographic.